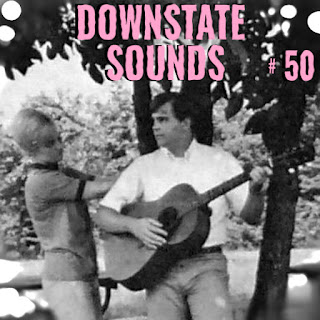 at May 13, 2021 No comments:
Email ThisBlogThis!Share to TwitterShare to FacebookShare to Pinterest 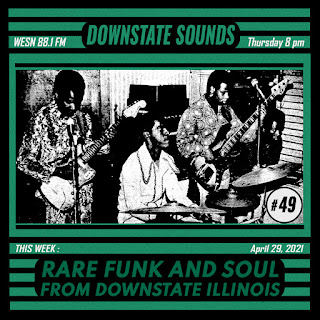 For the last several years we've been working hard to document every music recording with connections to Bloomington-Normal and McLean County, Illinois.  This includes musicians and artists that were born in the county as well as those that came to call it home.  The result is a discography of hundreds of records.
From privately pressed singles to major label hits, the area has produced a surprising number of  releases in a variety of genres.  Rock, pop, R&B, jazz, country and folk are all represented here.
The discography currently covers 1939 to 1990 and is limited to vinyl (and shellac) record releases.  We hope to continue to expand this list to include other formats in the coming months. If you or someone you know from McLean County released a record, particularly before 1991, please get in touch and we can add it to the list.
For the full list:  McLean County Discography 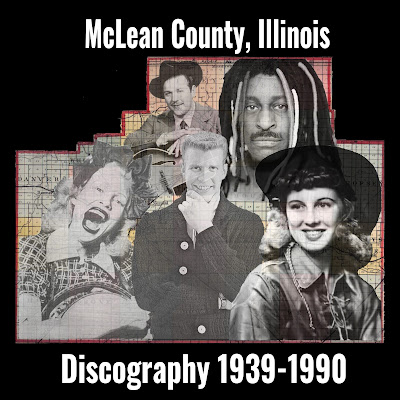 Return To The Airwaves!

The Downstate Sounds radio show returns to the air on Thursday April 29th at 8 pm on WESN 88.1 FM in Bloomington, Illinois or listen online using TuneIn. 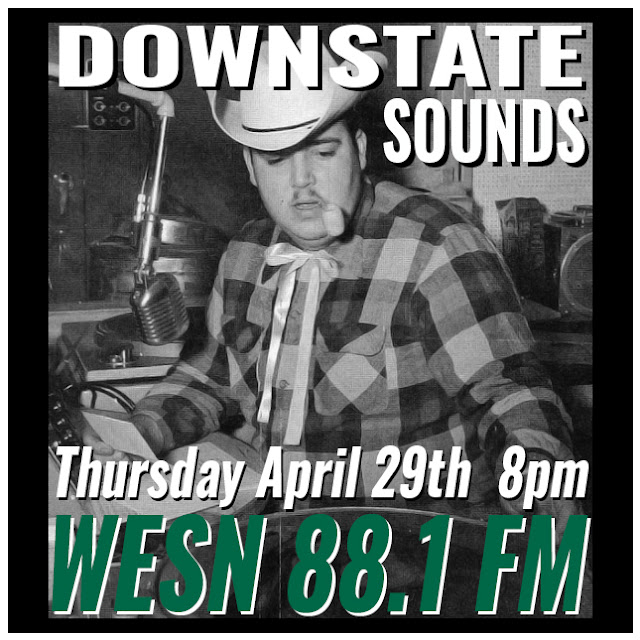 at April 03, 2021 No comments:
Email ThisBlogThis!Share to TwitterShare to FacebookShare to Pinterest 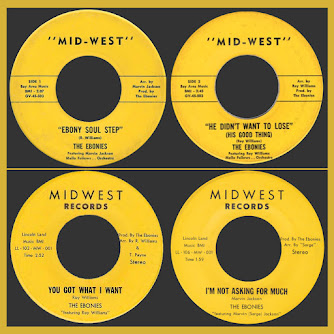 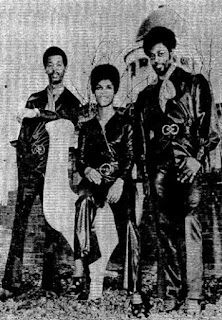 The first single was likely recorded at Golden Voice Recording Co. in South Pekin, Illinois.  The second single, as indicated in the article, was recorded using a "4-track sytem."  The Marvin Jackson / Jerry Cook single was recorded at the Country Politan Studios (Illini Records) in Springfield.
______
Marvin Jackson
from a 1995 article by Matthew Dietrich in The State Journal-Register
As a child, Marvin "Sarge" Jackson always knew he was meant for the the stage.  It wasn't until 1956 when, at 13, he knew how he would get there.  That was the year Jackson first heard and saw Frankie Lymon and the Teenagers perform "Why Do Fools Fall in Love."
Like most of his friends who grew up in the John Hays Homes in the 1950s, Jackson spent much of his spare time singing beneath streetlights in the complex's courtyards.  "We'd go from one court to another, singing different songs," Jackson says.  "People would raise their windows and listen and tell you what you needed to do.  That taught us a lot about getting everything just perfect."
But when he saw Lymon and the Teenagers, he saw where doo-wop music was going, and he wanted to go along.  "The other groups, like the Platters, sang really well, but Frankie Lymon had the moves to go with it," Jackson recalls.  "He was the first rock doo-wop."
Jackson put together his own group, The Capital Teens, and tried to capture the energy and precision of the Teenagers.  The Capital Teens refined their act at clubs in Springfield's black entertainment district, at sock hops and on locally produced television shows like "The Pegwill Pete Show" (a sort of local "Howdy Dowdy") and "Teenage Rage."
In segregated Springfield, however, an all-black group could not play in "the levee," the white entertainment district, so Jackson put together an all-white band to back him.  The group, Sarge and the Thunderbirds, attracted attention from Nashville-based Decca Records and headed south to record a series of demos.  The experience did not lead to a hit record, but it taught Jackson some bitter lessons about racial tension.
"In Nashville, I had to stay in a black hotel, and we could only rehearse at night because I couldn't be seen with the white guys," Jackson says.  "But we could play at black and white nightclubs.  I was accepted as an entertainer, but not as a human being."
Nashville's racial atmosphere led to the breakup of that band.  Jackson headed west, eventually landing in the San Francisco area.  There he met an up-and-coming singer named Sylvester Stewart, soon to be better known as Sly Stone.
"I had demos and posters from Nashville, and a drummer friend who knew Sly saw them and thought they looked good," Jackson says.  Stone started booking Jackson's new band and, more importantly, taught him the rules of copyright and music publishing.
When Jackson returned to Springfield a few years later and formed the Ebonies, he also started his own record company, Midwest Records, and publishing unit, Lincoln Land Music.
After a serious car accident driving home from a gig in Quincy during an ice storm in the mid-'70s, Jackson quit traveling and pursued radio work.  Still, music has remained in Jackson's blood, and he is planning a re-release of his songs "So Nice Coming Home To You" and "I've Been Here All the Time" on childhood friend Robert Adams' Brick City Records label.
Music may change, Jackson says, but his early days beneath the streetlights taught him about its purest elements.  "We didn't need prerecorded music and technology," Jackson says, "Our voices were our electricity."
______
at January 05, 2021 No comments:
Email ThisBlogThis!Share to TwitterShare to FacebookShare to Pinterest
Labels: Artist Profiles, Record Labels, soul & funk, Springfield
Newer Posts Older Posts Home