Tonica Sound Studio was owned and operated by Tony Angello and family in the garage of their home in Tonica, Illinois from 1971 to 1985.  Prior to being studio owners both Tony and his wife Sharon Angello were musicians that performed and recorded as Angelo's Angels.  In the early 1960's they released five singles on four different labels:


At some point in the late 1960's or early 1970's, the Angello's reissued two of the group's earlier sides on their own label, Bonny (named after their daughter).  Sharon Angello then released a solo single on Bonny that was recorded at Golden Voice Recording Co. in South Pekin, Illinois. Soon afterward Tony built a modest recording studio in his garage and from that point on Bonny became the house label for Tonica Sound.

The early recordings at T.S.S. were engineered by Tony.   Later on, recording duties were primarily done by his son, Bob Angello, a talented musician in his own right.    Over the course of fifteen years the studio grew in size and sophistication, producing dozens of records with nearly all of them performed by local musicians from the Illinois Valley area.   While most of the music to come out of T.S.S. was in the country music genre, there were examples of rock, gospel, folk, funk and even polka.

The Tonica Sound Studio and Bonny Records discography has moved to its own page:

https://www.downstatesounds.com/p/bonny-records.html
The May 2nd show of Downstate Sounds (#23) will feature music recorded at Tonica Sound and released on the Bonny label.
at April 30, 2019 1 comment:
Email ThisBlogThis!Share to TwitterShare to FacebookShare to Pinterest
Labels: Artist Profiles, Discographies, LaSalle County, Record Labels

No audio archive of this week's show however the Grateful Dead concert at Horton Fieldhouse can be streamed in full below.  Audio for the entire Uncle Tupelo concert can easily be found on youtube.

The songs that were played on this week's show are highlighted in each setlist below. 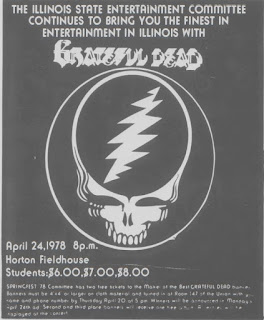 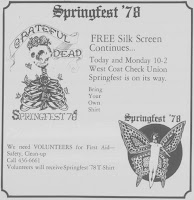 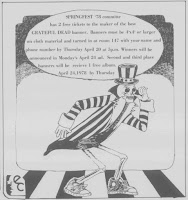 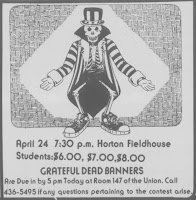 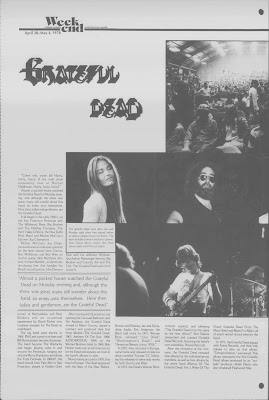 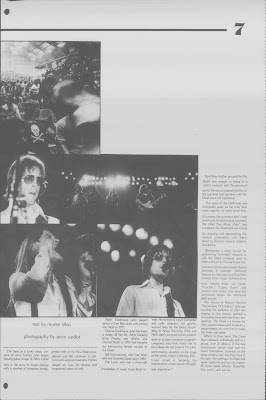 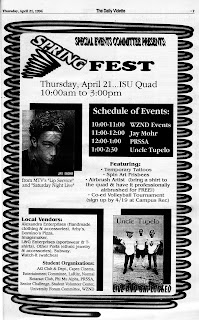 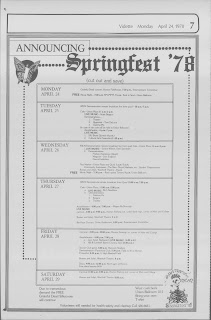 All clippings from the Vidette, the campus newspaper of Illinois State University. 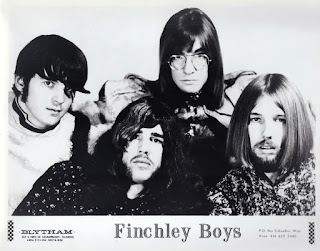 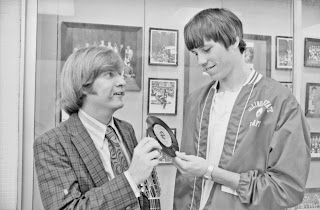