The above photo (found in a antique store) appears to show Joseph Biagi, owner and manager of the Ace Recording Co. in Mount Vernon, Illinois, showing off some of his equipment sometime in the 1950s.
The signs in the photo read "Register Here For A Free Recording" and"Hear Yourself As Others Hear You."

The Ace Recording Co. opened its doors sometime in the late 1940s.  The Mother's Day ad seen here is from 1949.
In addition to owning and operating the Ace studio, Mr. Biagi was an art instructor at the Mount Vernon high school. 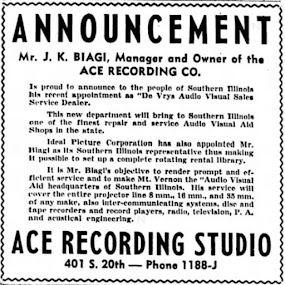 The Ace Recording Co. was listed in the directory of Record Labels and Their Manufactures published in the March 15, 1952 issue of Billboard magazine.  At the time, it was just one of five labels and/or recording studios with Illinois addresses outside of the Chicago area listed in the directory.
It is unclear how many, if any, musical groups recorded at Ace.  Most of the advertisements in the local newspaper were about rentals, repairs and the sale of home audio equipment such as the Dejur dictating / transcribing machine.
The 1950 announcement seen here mentions Mr. Biagi's objective of making Mt. Vernon the "audio visual headquarters of Southern Illinois."
at June 28, 2021 No comments:
Email ThisBlogThis!Share to TwitterShare to FacebookShare to Pinterest 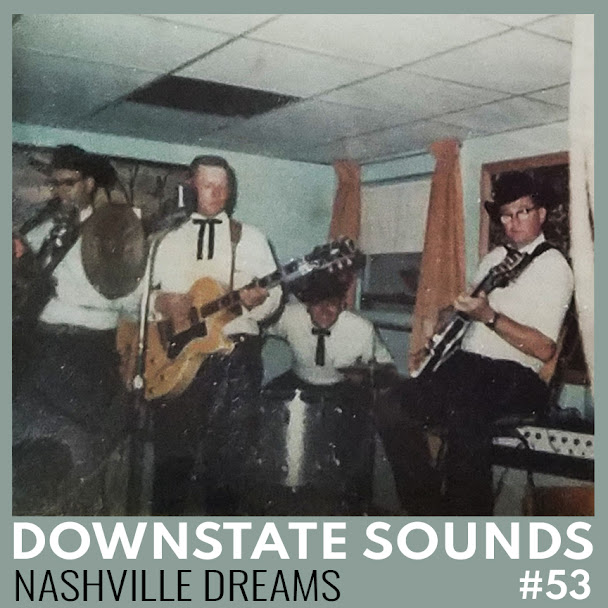 at June 24, 2021 No comments:
Email ThisBlogThis!Share to TwitterShare to FacebookShare to Pinterest
Labels: country, WESN Shows 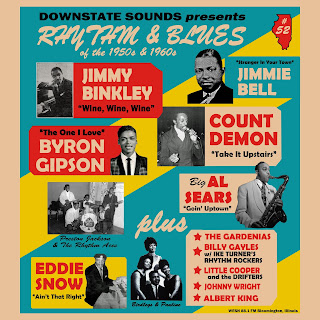