The Inside Out (Monmouth) 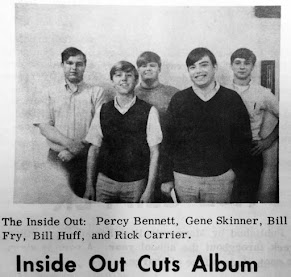 The Inside Out from Monmouth, Illinois: Bill Fry, Bill Huff, Rick Carrier, Percy Bennett and Gene Skinner.
The group was still in high school when they recorded their only album, Bringin' It All Back, at the Fredlo Recording Studios in Davenport, Iowa in 1968.
According to an article in their local newspaper the album was cut in a nine hour session and was "basically promotion" for the five-man group.
The album consisted of twelve songs, all covers.  The article adds that two of the best cuts have been made into a single.
BRINGIN' IT ALL BACK
"Hold On" / "Let's Spend The Night Together" was also released as a single on Out 6835.  Both the album and the single were produced by Bob Fry (Bill's dad).

The group performed across Western Illinois for around a decade starting in the late '60s.  One advertisement (below) mentions that the group was number five in a Chicago "Battle of the Bands Contest." 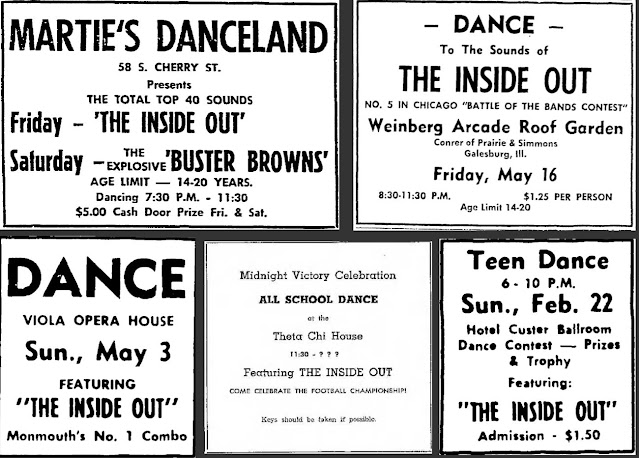 In late 1975 the group released another single, this time on the Golden Voice label:
By this point Bill Fry is the only original member still in the group.  Other members at the time of the Golden Voice single include Bill Hillier, Jack Stanton, Tom Summerlin and John Dowers. 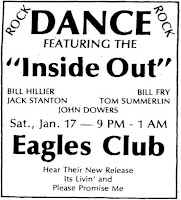 The group appears to have broken up sometime in the late 1970's.
at April 28, 2022 No comments:
Email ThisBlogThis!Share to TwitterShare to FacebookShare to Pinterest
Labels: Artist Profiles, garage rock, Warren County 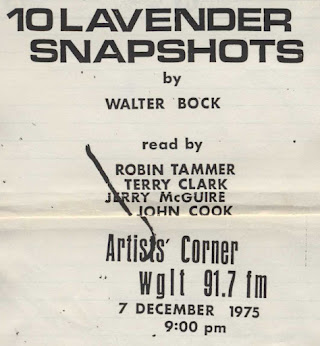 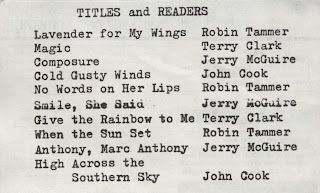 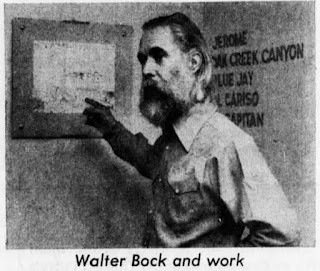