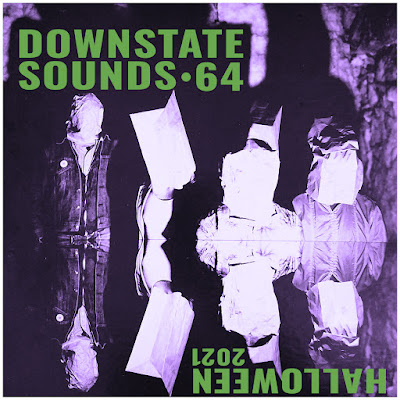 at October 28, 2021 No comments:
Email ThisBlogThis!Share to TwitterShare to FacebookShare to Pinterest
Labels: WESN Shows

Jim Cuomo was a graduate student in music at the University of Illinois from 1966-1970.  During his time in Urbana-Champaign, Cuomo was involved in a wide array of musical projects and performances.  His experimental rock band at the time, The Spoils of War, incorporated psychedelia, jazz and rock as well as elements of early electronica and computer music.  The group included a rotating cast of fellow U of I students and downstate musicians such as Annie "the Hat" Williams, Al Ierardi, Roger Francisco and "Big City" Frank Garvey.  Later Cuomo would be joined by Elliott Delman and Ernest "Rick" Mansfield among many others.
By the early 1970s Cuomo and several of his bandmates moved to Paris, changing the group's name to Mormos.  While in France the group released two albums of acid-folk and was the backing band on several more albums.  Tonight's show is just a small sample of some the music from this period in Cuomo's and his collaborators' lives. 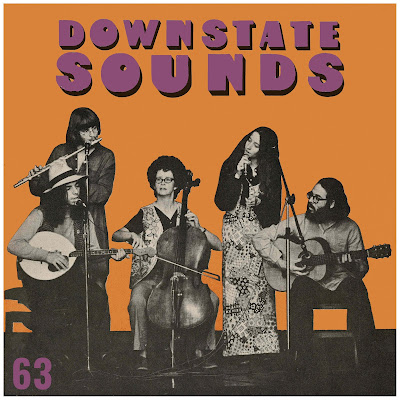 If you would like to hear more Mormos or purchase some of their music, check out their bandcamp page.  All sales right now directly support guitarist Elliot Delman who is suffering from health issues.
at October 21, 2021 No comments:
Email ThisBlogThis!Share to TwitterShare to FacebookShare to Pinterest
Labels: Artist Profiles, Champaign-Urbana, psychedelic rock, WESN Shows

James "Jim" Cuomo was an accomplished musician and composer that performed all over the globe and was involved in a wide variety of musical projects over the course of his storied life.  Two of his most important groups from early in his career, The Spoils of War and Mormos, had deep ties to downstate Illinois.

Between 1966 and 1970, Cuomo was a graduate student at the University of Illinois.  While in Urbana-Champaign, Cuomo studied with John Cage, performed with the U of I jazz band, composed music for several original plays and musicals on campus and formed the Spoils of War, a rock band that combined psychedelia with electronic textures.

In the fall of 1969, Cuomo also achieved some local notoriety by performing Erik Satie's "Vexations," a composition so laborious that only one other solo performer had ever played it in its entirety before.
Written in 1893, "Vexations" consisted of a short piano piece that according to Satie's notes was to be repeated 840 times in a row.  On the manuscript Satie provided the following direction: “It would be advisable to prepare oneself beforehand, in the deepest silence, by serious immobilities.”

One of the first public performances of "Vexations" was organized by John Cage in New York in 1963.  It was performed by a rotating cast of eleven pianists (including a young John Cale) and took 18 hours and 40 minutes to complete.
By 1969, performances were being attempted in music and art schools across the world but almost always by a group of players.  There is only one instance of a solo attempt before Cuomo.  In London a few years earlier, Richard Toop is credited as the first person to ever complete a solo rendition of the piece.  It took him 24 hours.
It is unclear whether Cuomo was aware of Toop's feat or not.  Regardless, Cuomo believed it could be performed in a much shorter amount of time because of Satie's tempo instructions of  "très lent" or "very slow" being open to interpretation.  Based on an article in the Daily Illini, Cuomo estimated it would take twelve hours.
At 8 am on Halloween 1969 in the Illini Union, "armed only with two Hershey bars, a glass of water, several paper straws and a push-button counter, James Cuomo, graduate in music successfully attacked 840 vexing rounds of "Vexation" by Erik Satie."

Incredibly, a short WCIA-TV interview with Cuomo mid-performance survives on YouTube:
In total the performance lasted 11 hours and 7 minutes.  The paper reported that Cuomo "was able to rise unassisted at the end of the marathon performance and receive the applause of the surviving members of the audience."
Cuomo, apparently unfazed by his recent feat of endurance, soon left the student union and went straight to his next performance which consisted of a four-hour post-biblical, pre-Gregorian organ composition.

In fact the week of Halloween 1969 was a whirlwind of events on the campus of the University of Illinois mostly organized by Cuomo.
The Daily Illini referred to Cuomo as the "Great Pumpkin" of the arts festival which included works by John Cage, a performance by the Spoils of War as well as local legend Arlie Neaville and the Rock n' Roll Devils.  (Around that same time Cuomo wrote a song for and produced a single by Neaville.)
In the years since many people have gone on to perform "Vexations" however Cuomo's achievement of being the first American to do so has mostly gone unacknowledged.
Join us next week (10/21) on our radio show where will play some of Jim Cuomo's early compositions and collaborations.  We won't hear "Vexations" but we will here music from the Spoils of War, Mormos, Arlie Neaville and others.
at October 15, 2021 No comments:
Email ThisBlogThis!Share to TwitterShare to FacebookShare to Pinterest
Labels: Artist Profiles, Champaign-Urbana, Concerts 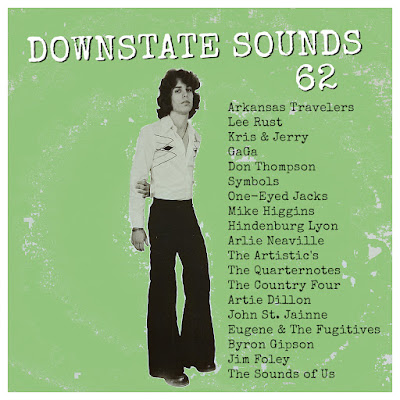