Michael Day was a talented songwriter and musician that is best known as a member of Champaign, a 1980s R&B group that took its name from its hometown of Champaign, Illinois.  The group’s first single “How ‘Bout Us” was a crossover hit that peaked at #4 on the R&B chart and #12 on Billboard’s Hot 100 in June of 1981.  Day recorded four albums with the band between 1981 and 1999.

Day was more than a multi-instrumentalist and songwriter however.  He was also an arranger, engineer and studio owner that was involved in a variety of projects and bands going all the way back to the late 1960s.
While he is often associated with the Champaign-Urbana music scene, Michael’s Day’s music career began in his hometown of Bloomington, Illinois.   Day was performing in local bands as early as eighth grade and by high school was performing across the Midwest, playing keyboards and singing in a group called Backstreet Majority.  Other members of the group included Harry Washburn on bass, Bobby Carlin on drums, and Howard Reeder on guitar.
In the fall of 1969, while still a junior in high school, Day and his younger brother were expelled from Bloomington High School for wearing their hair too long.  In an interview at the time Day said “when people come to see us (the band), they expect to see long hair.”
Their father filed a suit, claiming the dress code violated his sons’ right to an education and denied them their freedom of expression.  The boys, refusing to cut their hair, were kept out of school for months but eventually allowed to return when the courts ruled in their favor.  Michael however would not go on to finish high school but instead focus entirely on his musical career. 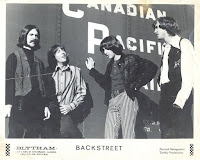 In 1969, Champaign-Urbana’s burgeoning music scene made it the place to be for area musicians.  It was a natural fit for Day even if he was a few years younger than most of the other musicians.  In a 1983 interview while reminiscing about those early days, Day said “I was the kid - always the kid.”
Despite not being old enough to drink, Day had steady work in the bars and parties around the campus of the University of Illinois.  In an interview with Cash Box years later, Day mentions that he was “making $250-$300 a week playing in bands four nights a week.”  He adds, “Champaign was an incredible musical community.” 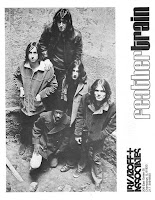 In 1971, Day joined a popular Champaign-Urbana band, Feather Train.  Other members of the group at that time were Freddie Fletcher, Bruce Hall, Dana Walden, Norman Zeller and Bobby Carlin.  Guitarist Gary Richrath had recently left the group to join REO Speedwagon who had just signed with a major label and was about to release their first album.
Both Feather Train and REO were represented by Irving Azoff and Blytham Ltd., a booking agency based in Champaign-Urbana.  Azoff and Blytham’s founder Bob Nutt were the driving force behind Champaign’s thriving music scene and the reason a growing number of talented musicians were starting to gather there.
One prime example was a young songwriter and guitar player from Peoria named Dan Fogelberg.   In the early 1970s, Fogelberg was living in Champaign and was being represented by Azoff who quickly recognized his talent.  Fogelberg, like REO Speedwagon before him, soon had a record deal with a major label.   Michael Day would be the third.
While still a teenager, Day signed an exclusive contract with Columbia Records as a solo artist based on his talent as a songwriter.  Day would soon leave Illinois and travel to the East Coast for the next few years to work on an album.
In the early spring of 1972, Day recorded a five song demo at Connecticut Recording Studios in Bridgeport, CT with producer Billy Rose II, the same studio where REO Speedwagon had recorded their first album.  Day and the other band members would eventually move to Bridgeport, returning to the studio numerous times over the next few months to work on new songs and lay down the basic tracks for what would become his album.
By the summer of 1973, Day along with a few of his old bandmates had recorded and finalized ten songs.  During the sessions, drummer Bobby Carlin (originally from Pontiac, Illinois) would also play on Harry Chapin’s Short Stories album which was being recorded at the studio at the same time as Day.

Acetates and test pressings of Day’s debut were produced.  The record was starting to be promoted by Columbia but then, for reasons that are unclear, the album was shelved.
While there is a lot about the record that remains a mystery, thanks to a photo of the back cover posted on a Facebook tribute page for drummer Bobby Carlin we have the liner notes and credits. 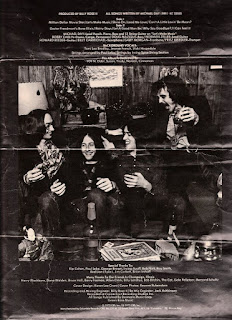 Can’t A Little Lovin’ Be Mean?

Let A Good Man Be

I Can Feel It

All songs written by Michael Day

Many Thanks To Our Friends In Champaign, Illinois

One song (“Let This Good Man Be”) was released on a Columbia promo compilation series in 1973.  In the booklet, Day was erroneously listed as "a Connecticut-based rock and roller."
The rest of the album has gone mostly unheard for the last 47 years... until a recently discovered test pressing:
Special thanks to John Anderson and Reverberation Vinyl for the discovery and preservation of these rare recordings.
One possible explanation for why the album went unreleased is that Columbia Records was in turmoil in the summer of 1973.  Dealing with multiple scandals involving the misuse of funds and a payola-by-drugs allegation, the label’s president Clive Davis was fired.
Also Kip Cohen, the head of A&R at Columbia and the man responsible for bringing Day to the label, left Columbia soon after Davis for a job at A&M Records. It is reasonable to assume that any project approved by Davis and/or Cohen was halted.  New artists, such as Day, were likely the first to be dropped from the label as new management took over.
Whatever the reason, Day left Connecticut in 1974 and returned to Bloomington.  Soon after his return, Day started a recording studio in his parents' garage at 909 N. Elder Street with his former bandmate Harry Washburn.  The next year they moved the studio to Urbana.
Sunday Studios, located at 705 Western Street, was the only recording studio in operation in Champaign-Urbana at that time.  According to Day from a 1975 article in the Daily Illini, the equipment and construction, including insulation, soundproofing and extensive electrical outfitting cost approximately $11,000.  Soon they were recording local bands such as Coalkitchen, Ginger, Starcastle, Head East and REO Speedwagon.
In 1975, Coalkitchen released their first single on Sunday Records.  Both songs, “Chained To The Train Of Love” and “Bumpin In The Kitchen,” were written by Day.  The record was produced by Day and Washburn.  Members of Coalkitchen at the time included Day’s old bandmate Bobby Carlin as well as Pauli Carmen who would eventually join Day in the group Champaign.

Day would go on to produce and arrange Coalkitchen’s first and only record Thirsty Or Not… Choose Your Flavor which was released in 1977 on Epic Records in conjunction with Irving Azoff’s label Full Moon.  Day also played on the album and co-wrote several of the songs.
In 1975, Day also produced a single by another local group, The Water Brothers Band.  The single included two songs written by Day’s former (and future) bandmate Dana Walden.  Other members of the group included Howard "Leon" Reeder, Bobby Carlin, Keith Harden and Scott Karlstrom.
The b-side of the 1975 single was an early version of “How ‘Bout Us.”  While the original went mostly unnoticed, Day, Walden, Reeder and others would re-record the song as Champaign several years later and turn it into an international hit record.
The connections and partnerships that came with having a studio were not only beneficial to Day's career but helped sustain the local music scene.  Sunday Studios paved the way for Creative Audio, which became the place to record in Champaign-Urbana in the 1980s.  Adrian Belew recorded there during his time in central Illinois as well as many local and regional bands.  It was also the home base for the group of studio musicians that became Champaign.
When Day formed the group in the spring of 1979, he was just 26 years old.  He turned to friends, former bandmates, studio partners and people he had worked with on sessions: Pauli Carmen, Dana Walden, Howard “Leon” Reeder, Michael Reed and Rocky Maffit.
One key addition was singer Rena Jones from Springfield, Illinois.  Jones was working as a speech therapist in Springfield’s school district when she joined the group.  She was a part time singer with a strong gospel background that had come to the studio to sing on a jingle. (Day and Jones would marry in 1987.)
Champaign was signed by Columbia Records (Day’s old label) in early 1980.  The overwhelming success of their first single catapulted the group to a decade long run of albums & singles, tours, tv performances, etc.
During the Champaign years, Day continued to write songs with and for other artists including several that ended up being released on movie soundtracks.  Day, along with bandmate Rocky Maffit and fellow musician Thom Bishop, co-wrote "Trials of the Heart" for the hit 1986 film About Last Night which starred Rob Lowe, Demi Moore and John Belushi.  The song was performed by Nancy Shanks.
A few years later Bishop, Maffit and Day co-wrote "All Over You" which was recorded by Freddie Jackson and included on the movie soundtrack for Def By Temptation as well as Jackson's hit 1990 record, Do Me Again.
While Day was often described as the leader of Champaign in the band's early press materials, he did not appear to seek the spotlight.  His life in music it seems was defined mostly by his collaborations and his work behind the scenes.  His unreleased album of 1973 would prove to be his only solo endeavor.
Day passed away from cancer in 2001 at the age of 48.
at October 24, 2020
Email ThisBlogThis!Share to TwitterShare to FacebookShare to Pinterest
Labels: Artist Profiles, Bloomington-Normal, Champaign-Urbana