This Week's Show - A Second Listen 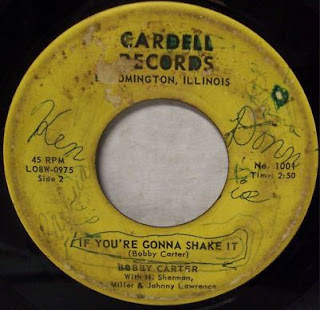 On Thursday March 21st we will be giving a second listen to a selection of songs aired in the first few months of the Downstate Sounds.

On the show, we will hear a 16-year-old Dan Fogelberg, a man who's music was perhaps too funky and hopefully we will get a little closer to answering the question of who was Bobby Carter.

Bill Kemp from the McLean County Museum of History will join us in studio to talk a little bit about McLean County's own rockabilly pioneer Bonnie Lou as well as share a few of his favorite tracks from the show.

Join us this Thursday at 8 pm on WESN 88.1 FM in Bloomington, Illinois or listen live HERE.


at March 19, 2019
Email ThisBlogThis!Share to TwitterShare to FacebookShare to Pinterest